Hello from a frosty and foggy London! If you celebrate the “Western” Christmas, I hope you had a great time. I love the decorations, the traditional, rather heavy British Christmas dinner (turkey, roast potatoes, all the “trimmings”). Now it’s 29th December and I’ve finished the turkey but the cake and mince pies are still going strong. 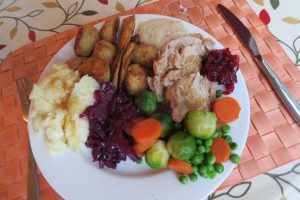 Don’t get your trimmings in a twist: I forgot the “pigs in blankets” and “stuffing” for the H2GF Christmas banquet…left keeping warm on top of the stove.  I’ll get over it, eventually.

We’re in that strange no man’s land which in English we rather awkwardly call “between Christmas and New Year”.

I prefer the German expression “Zwischen den Jahren” (literally between the years) that I first heard when I was living Heidelberg in the mid nineties.

One of the joys of learning a new language is coming across new words and expressions like this one for things that aren’t pinned down so firmly in our own language or are conceptualised differently.

There’s no evidence that the lack of words in a language limits a speaker’s ability to understand the “unnamed” concepts, otherwise no society would be able to take new ideas on board, and I’d be struggling to get my head round tens of new concepts that have appeared in English since I made my first infant gurgles.

Still, giving something a name, conceptualising it differently can lead to different habits of mind. For us language learners it can change our consciousness, making it broader.

Here’s another one: in Welsh, Boxing Day itself is “Dydd San Steffan”. That’s the rather more spiritual sounding “Saint Stephen’s”, the “feast of Stephen” known to most English only from the words of the carol “Good King Wenceslas”.

My experience in Germany and in German has made these four days between St Stephen’s Day and New Year’s Eve more meaningful and I’m enjoying this hiatus between the years all the more.

As usual, I’ve been at work and I’m savouring the unusual atmosphere. The underground trains are half empty and I’m guaranteed a seat as I go into the office, the streets seem more serene with fewer people, all more relaxed. This year the lovely crisp weather has helped as the sun glints through the frosty mist. One of coffee shops I regularly walk past on the way to the office was quieter than usual and, given that things at the law firm were predictably quiet, I had time to take a leisurely coffee there and catch up with Kerstin Cable of Fluent Language and her husband, who were passing through.

I can see a risk in the ZdJ concept, though. It could mean bringing Christmas to a premature end.

Yesterday, for the first time, I heard the period described jokingly as “Twixmas”. This at least includes a reference to an on-going Christmas. At least, I assume it’s a combination of “betwixt”, a poetic word for between – from Old English “betwix” – and Christmas.

The “betwixt” bit doesn’t work logically, though given that there’s only one Christmas and it’s either over or (if you go with the Twelve Days) in full swing.

Oh, let it swing! I’m always slightly irritated when the cheesy Christmas songs and the old carols disappear with indecent haste from the radio often as early as Boxing Day. Christmas should certainly last for the whole of until the twelfth day of Christmas, 5 January, when the decorations traditionally must come down. 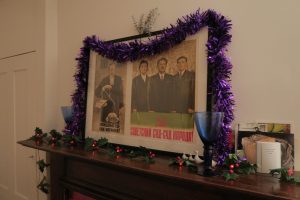 Today, on the way into the office, I saw something even more shocking than the sudden disappearance of carols from the airwaves: a Christmas tree strewn on the pavement, prematurely abandoned, slung down the ravine “between the years”.  This would never have happened if a term such as “Christmastide” (or “Yuletide” if we go back to our pre-Christian, Germanic roots) was still in general use.

If you’re of a delicate disposition, look away from your screen now! 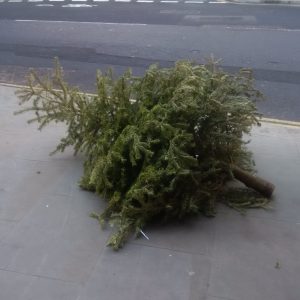 I’m going to set up the Society for the Protection of Unwanted Christmas Ephemera (SPRUCE) dedicated to the rescue of prematurely abandoned Christmas trees.

Whatever we call it, this is a time to take stock of year now past and look ahead to one about to start.

In the first half my own study efforts were focussed mainly on “Project Advanced Russian” in preparation for the TRKI Thrid Certificate Exam.  I used the Add1Challenge again in the spring to provide focus to my preparations and wrote about the whole Russian experience (and my failure to pass the writing paper) . here.

A language is for life and I kept my Basque and German ticking over with online italki lessons.

The summer season kicked off with the third Polyglot Gathering in Berlin and sort-of ended with the 4th Polyglot Conference, held in Thessaloniki. It was my first visit to Greece.

The first vlogging I did was last year at the 3rd Polyglot Conference in New York City and this year I’ve tried to get more practice with the medium. I took the camera to the Gathering and back to the Conference. I’ve just finished “Five minutes at the Polyglot Gathering” for the Gathering’s 2017 website. It’s a shorter edit of my Polyglot Gathering 3: the movie video. I also vlogged (again for the second time) from Language Show Live in London in October.

If you haven’t attended one of these events, come next year if you can!  Remember: you don’t have to speak a lot of language, just be interested.  The next Gathering will be in Bratislava, 31 May to 4 June and the Conference will be in Reykjavik on 28th and 29th October. This year also saw the first Polyglot Symposium in Montreal, which I unfortunately couldn’t attend.  They are planning another one there for 25th to 27th August 2017 under the new name of “LangFest”.  The next Language Show Live is in Glasgow on 10th and 11th March and in London on 14th to 16th October. There’s a language fair similar to the Show in Berlin: Expolingua (17th and 18th November 2017).

In September, I wrote about my month in the Basque Country on the intensive Basque course and I’ve just belatedly posted a second vlog (on life “inside”) .  Look out for the final one – out and about – early in the New Year.  Don’t overlook the potential of a an intensive course for your own learning, if you are able to get away.  Some of the most effective language learners out there make use of them.  For all the emphasis we like to put on self-study and one-to-one, there’s a place for the group course. 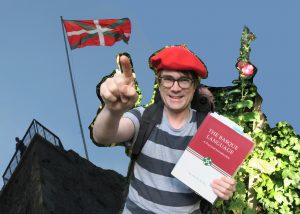 In late October/early November, I found myself with an unexpected gap in my diary when the Hong Kong leg of a work trip was cancelled at short notice. I decided to take a week’s vacation straight after I’d finished training fellow lawyers in Singapore.

I was off to the Javan city of Yogyakarta to learn some basic Indonesian.

I nearly didn’t do the “Minimmersion” Indonesian project at all. I’m not good at last minute arrangements and it all seemed too hectic. Also, I’d be dabbling in a language I had no clear need for. I had no real “why” other than it would be interesting and “an experience”.

I’m glad I did, though. It was a great trip and a wonderful introduction to a fascinating culture and a rather fun language. I also tried my hand at daily blog posts and vlogs for the fist time during the Indonesian trip. The focus was firmly on the people, sights and sounds (not on events in the classroom!).

I’m trying to keep working on my Indonesian and I’ll cover it more on the site later.

Looking ahead to 2017, my main task as a language learner for the first half of the year will be to improve my written Russian in order to retake the TRKI third certificate writing paper (you can hold four of the five papers for up to two years).  The TRKI exams will next be held in London in the first week of July, so that’s the target (unless I go to Moscow specially earlier – the exams are held multiple times a year there). 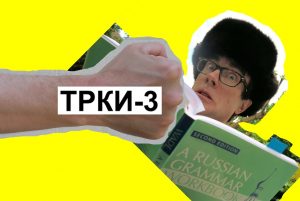 I’m also aiming to have one session online conversation session a week of two of my other advanced languages: French and one of German (maybe ramping up the French in the second half of the year when the Russian exam is behind me).

My Basque is coming on and I’ll carry on with lessons in that as well and – I hope – return to the Basque Country (though only for a week or two this time).

Now that I feel my Basque is at intermediate level, I’m also started to come back to basic Portuguese. My 2014 article on “10 reasons why you should learn Portuguese and Spanish can wait” is consistently one of the most popular on the site and I’d like to write more about learning the language. It’s the foreign language I hear most on the streets in the part of London where I live.  I could use it daily.  I love my espressos and “bolos d’arroz” and “pasteis de nata” in the local Portugese cafes and hope one day to revisit Portugal and Brasil (and other Lusophone countries – my cancelled Hong Kong trip would have involved giving a talk in Goa – dang!). 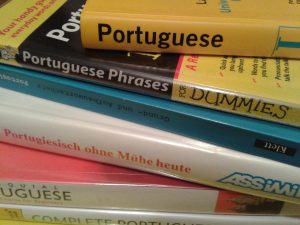 2017 will be the fourth year I’ve been running Howtogetfluent and I’m looking forward to developing the site further. It’s grown a lot this year but the focus has still been on pulling lessons from my own language projects (and covering language events).

I’ll still be doing that next year beginning with a final vlog from Project “BasqueIntensive!” and a couple of fun videos featuring fellow attendees of the Polyglot Gathering (it’ll be called the “Howtogetfluent German Pronunciation Challenge”) and the Conference (“Alpha to Omega”).

In 2017, though, I also want to move to looking more generally at different aspects of language learning for you and expand the recommended resources section of the site.  I’ll also add to my “reasons for learning” series.  So far, I’ve covered Portuguese, Russian and, most recently, Welsh.  It’s taken me a long time to get on to writing about Welsh at all, but it’s one of my main languages, the first I learned to fluency as an adult and there’ll be more about it coming up.

I love getting comments and emails from readers and don’t forget to let me know about what went well for you in language learning this year, your language learning difficulties and your language hopes and plans for the year to come. In 2017 I’d like to develop the community aspect of Howtogetfluent reader community further. Look out for more on that down the line!

In the meantime, many thanks for visiting. Let’s connect if we haven’t already done so: you can sign up to the mailing list and it would be great if you’d support the site by liking the Howtogetfluent.com Facebook page and following on twitter @Howtogetfluent and even subscribing to the “Howtogetfluent” YouTube channel.

As they say in Heidelberg, “tumble well (into the New Year)”: “Guten Rutsch“. 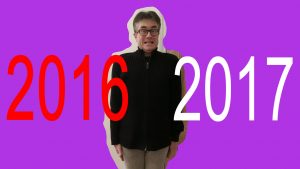