In this post, I’m sharing some of the sources of inspiration and excitement that have helped me over the years to get fluent in new languages.  Some are thrilling, others quite low-key satisfactions.  They are the some of the bright flares and softer streetlights that could light up your path and see you excited by fluency itself (to say nothing of all the great things you might actually be doing through the medium of your new language).

Now, the main key to getting fluent in a foreign language is applying effective methods consistently.

That said, even the most disciplined of us aren’t automatons.  Who could keep going without some rewards along the way?

Today’s post is part of the “Dr Popkins Method?”   series, in which I’m drawing out general lessons from my personal language learning journey.  The idea is that you’ll see parallels that apply to you or, conversely, contrasts that spur you react creatively and productively against how it’s been for me.  You win both ways, nicht wahr?

I’ve already told the story of how I got more-or-less fluent in French, Welsh, Russian and German.  Each post comes with a video (you’ll find the vid to today’s post down below).

Now, for that foreign language inspiration and excitement. 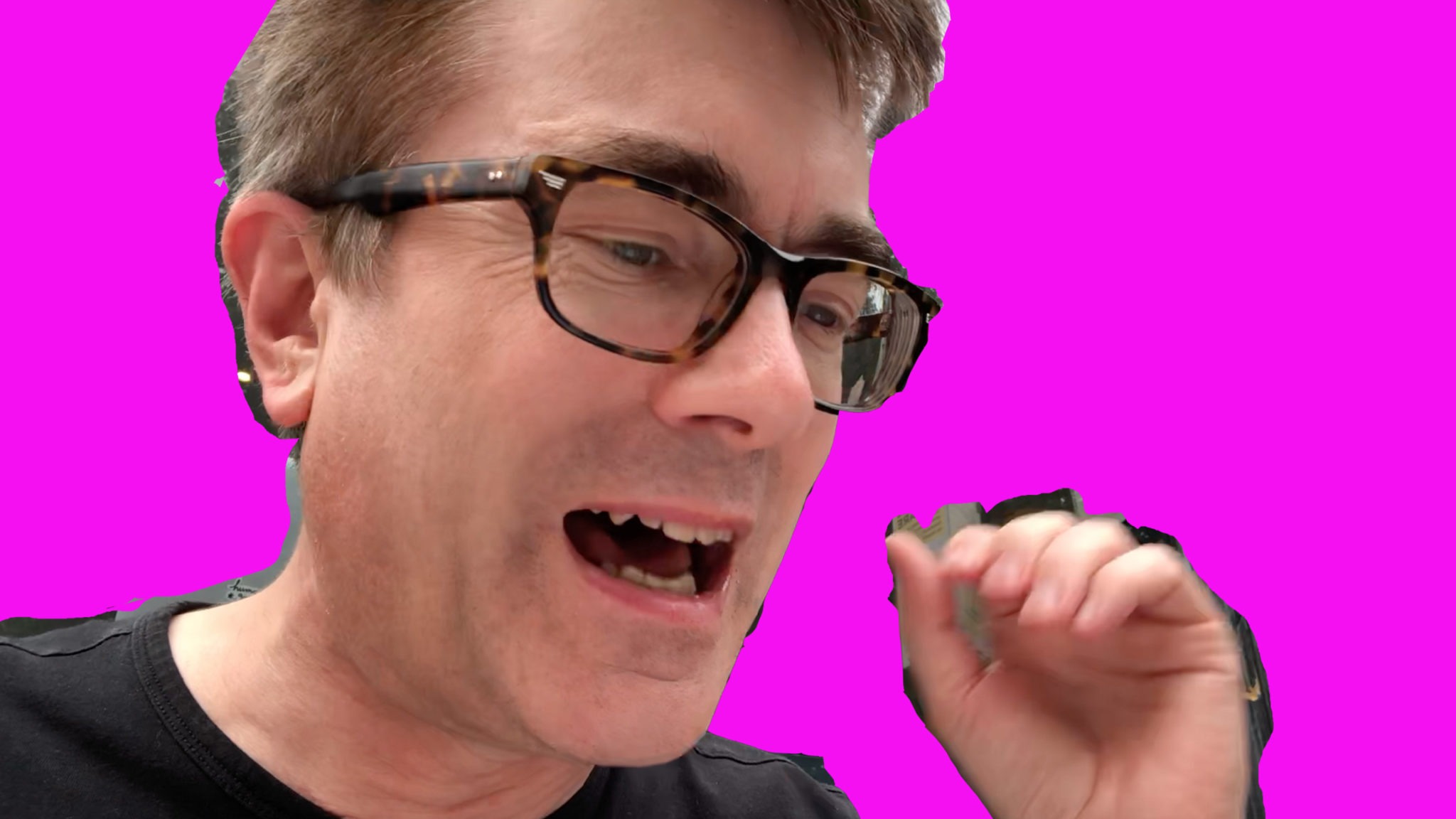 The thrill of making weird sounds

I remember when I was a kid and we used to play sports on the street, I used to enjoy giving gobbledygook commentary on sports in the street.

This may not have been an effective way to get popular with my mates, but, looking back, I can see that the idea of being able to communicate with different sounds was something that excited me from a very early age.

I don’t really know where this came from.  After all, I grew up in a completely monolingual environment except that, when I was about two and a half, a French student lived with us for a little under a year.  She (I am told) spoke to me in French in the belief that this would help me learn languages later.

My school performance would suggest that the theory didn’t work…but maybe a seed of desire had been planted.

Does there even need to be an explanation?

Who wouldn’t be excited by the thought of being fluent in a second language (except perhaps some nonchalant people who are natural bi- or multi-linguals from childhood and just take it for granted)?

The “process” of becoming fluent, is a fascinating, if at times infuriating, mix of conscious effort and sub-conscious processing.

There’s some gearing mechanism that links work in to results out but it sure as heck ain’t direct transmission.

When you can finally do it, what once seemed so difficult just flows.  It flows with ease.

You cannot “not understand” what previously was completely impenetrable or not say what you’re now able too.

Then, suddenly, you hit a new brick wall….and you feel like a fish out of water all over again.   Excruciating.

Delight in the phenomenon of getting fluent is part of a wider joy of discovery.

You also start to uncover differences in how the language is itself is used.

Each culture has its own rhetorical styles.

Germans and Russians tend to be more direct than I’m used to in British English, for example.

The Russian have a far more florid style of greeting people for their birthdays or on other ceremonial occasions.

When I was in Russia, people would ask you directly about how much money you earned…often a taboo subject even among close friends here in Britain.

The Russian style of giving toasts at the dining table is completely different from what I know from home.

The more I’ve got into my languages, with reading, going to the country, getting to know people, the more and more interesting I’ve found this whole aspect of language learning.

What the experts call “pragmatics” has become in itself one of prime drivers as I continue to dig deeper with my advanced languages.

This all feeds into the wider, non-linguistic cultural differences that you come up against when you spend any amount of time interacting with natives of another tongue in their own language.

It’s the new landscape and architecture, a new climate, new smells and of course meeting new people (well, up to a point: I’m an interovert’s introvert, after all).

This enthusiasm is one reason I decided, as a post-grad historian, to go into Russian, rather than British history.  The choice gave me the reason to study abroad, to explore new countries.

Once I start to get into a new language, I’ve obviously benefitted at the practical level when it comes to ordering at a café or trying to buy a train ticket.

Then there’s also so much more that I can read, listen to and watch….Whether I’m away from home or not. (When I started, before the net, it was only the reading you could do at home.)

Armed with my developing skill in a new language, I’ve loved having the opportunity to get far more deeply into the essence of a society than would otherwise be the case.

For all the occasional embarrassments or misunderstandings, it’s been a delight to discover new ideas around hospitality, gift giving and friendship, different ways of doing business, different attitudes to family, the environment, even to property.…or geography.

There’s a common human core, of course.  No other human society is completely “other side of the moon”.  Still, the scope for variation in ways of living is also greater than we often realise.

It’s also greater than those pushing one or another political or commercial interest would have us realise.  Multilinguals are less likely to be taken in. 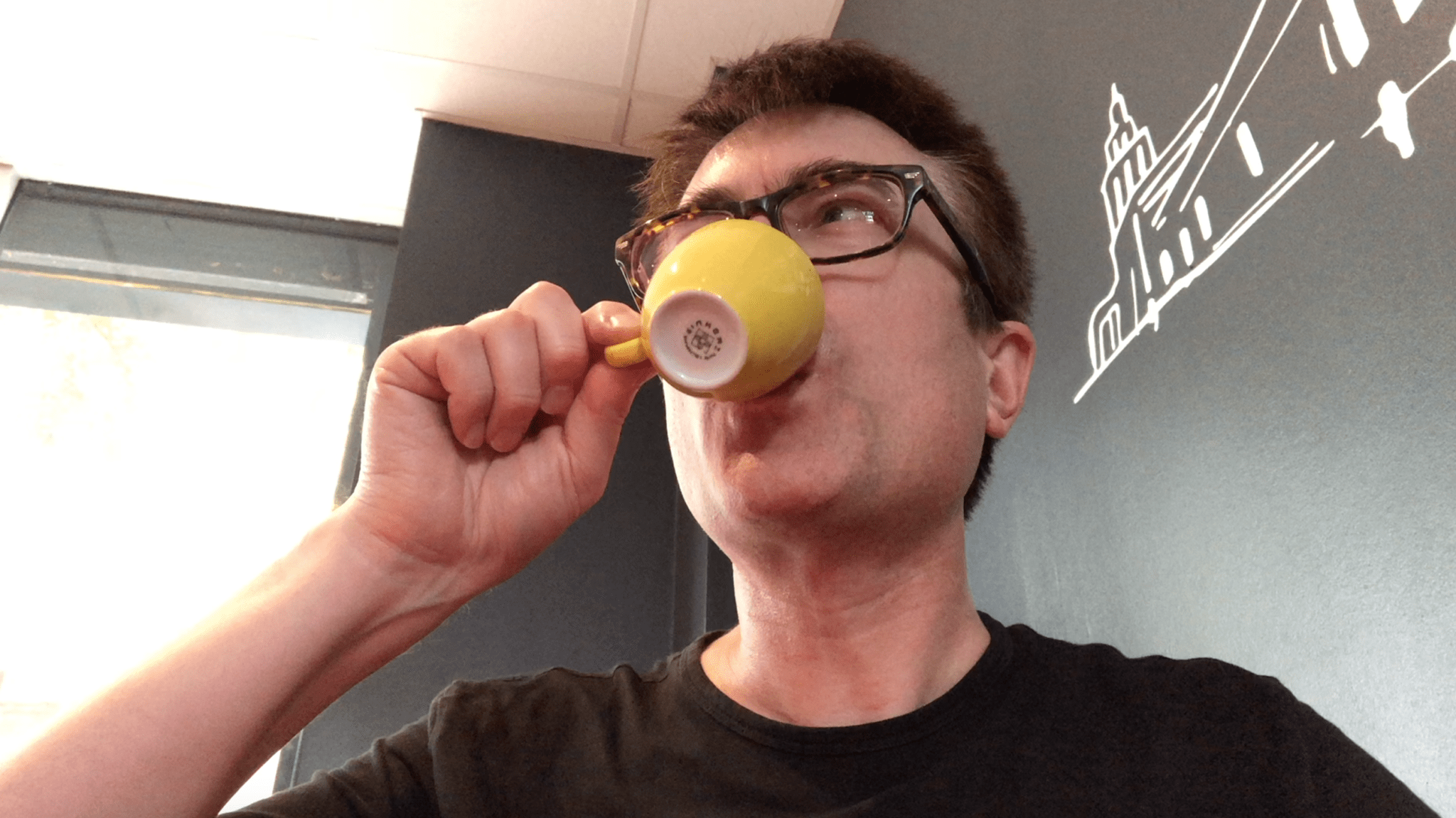 Or is it all just the caffeine?

Better knowing yourself and own culture

My experiences with foreign langauge and in foreign cultures have also enriched my understanding of my own country.

For better and worse, I have more info and a higher level of knowledge and understanding.

I now know that there are other ways of doing things and other perspectives on familiar ideas or stories and this can challenge unquestioned assumptions and even reveal unnoticed ones for the first time.

This might concern something as (literally) superficial as how accommodation is rented or sold in Germany (they talk about the square meterage not the number of bedrooms) or different attitudes to housing (more secure tenure, home ownership less central to status).

Once I’ve lived in a foreign country, or once I can follow its media without ever having lived there, I can also see how “we” are portrayed by “them”.

Talking of “us”, as my linguistic and cultural apparatus becomes more sensitive, I think it’s helped me become more attuned to differences in my own country and speech community, whether by region, generation, gender, class or whatever.

“Home” is far less homogenous than we sometimes think.

It’s often said that if you learn a new language you get a new personality.

I wouldn’t go that far, but I do like feeling like a slightly different person when I’m using a different language.

Maybe this comes from how, when I’m speaking another language, I’m often in a different context, doing different things with different people.

I wouldn’t say the switch involves trying to disguise your background.

It does involve opening a new window in your personality, to light up another dimension.

I often talk about the importance of routine in language learning. It’s a way of making sure that you’re disciplined to keep doing the right things repeatedly.

Calling the process “zen language learning” may be going a bit far.

Still, I’ve got into a place where there is an enjoyment in the process which I experience when I’ve made the commitment to learn a language.

You have a need and reason to learn.  You get on with the work. You see that putting in the hours will lead to improvement…

That’s what happened with my French, the first language I got fluent in.

I’d taken serious action to expand my vocab and I started getting regular listening practice.

Then, several months in, there was the chance to get out there.

On a family holiday in France I simply felt that I’d moved into a different league from where I’d been on previous trips (when I only had my passive high school French lessons behind me).

Since then, I’ve continued to experiment with different methods and hone the techniques that work for me, with French and my other languages.

To some extent, it’s now a slick matter of rinse-and-repeat.

It’s the pleasure of the practice of language learning, secure in the confidence that the process will (eventually) work.

Not every successful language learner I know enjoys my methodical, quite studious approach.

Some of them don’t like learning languages at all and want to get it over with as quickly as possible.

They all, however, find things that they can do which really move them along, while feeling rewarding as activities in themselves.

Like most successful learners, then, I’ve had difference sources of language learning inspiration and excitement.

If you keep going, the initial excitement is followed by later flashes of inspiration.  The milestone wins and unexpected thrills come – and matter – at many stages of our language learning journey.

All the same, if you’re in for the long haul, it can’t just be spine-tingling excitement or quiet satisfaction.

With the carrot, there has to be a bit of a stick as well.  In the next post in the series, I’ll look at how I kept going at those times when the last thrill had long worn off and the next reward seemed nowhere in sight.  Brace yourself, for we’ll be moving from the carrot to the stick.

Is there a Dr Popkins Method to get fluent?