What’s it like exploring Beijing when you don’t speak Chinese?

This is the question I answer the latest of my fun, tip-packed “Smash and Grab” travel and language videos,  shot on my recent trip to China’s ancient capital. The link’s right at the bottom of this post.

In September I was in the lucky position of having some free time on my hands after a work trip to Singapore.

My sister and her family live in Beijing.

The opportunity to visit while I was “in the area” was too good to miss. (Well, Singapore to Beijing is actually a six-hour flight!)

In the video I explore traditional “sights”: the Forbidden City and Tiananmen Square slap bang in the middle of the city). 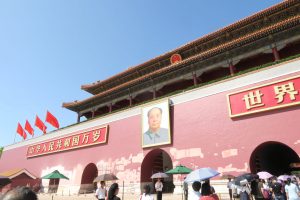 I visited the White Pagoda in Beihai Park, directly West of the Forbidden city.

Just north of the Forbidden City is the “Coal Hill” (in Jingshan Park) with great views down. 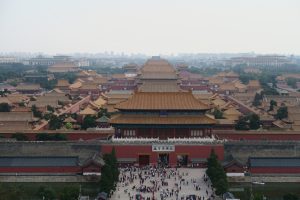 Forbidden City from atop the Coal Hill

Further north, but still quite central are the Bell Tower and the Drum Tower.

Go a little further up and you come to the Lama Temple. 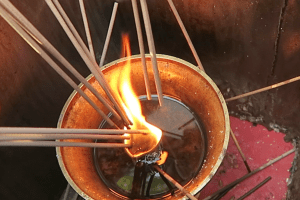 At the Lama Temple: an incensing experience

There are still traditional, one-storey “hutong” homes in alleyways both in the centre and just north of the Lama Temple. 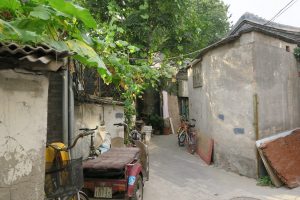 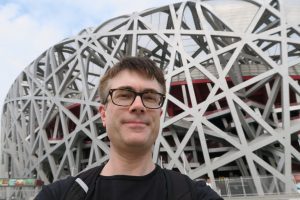 A number of touristy places were on my itinerary, such as the Agricultural Exhibition Centre in all its full decorated full “Stalin Baroque” and the main railway station. 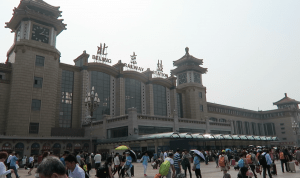 I also spent my fair share of time in coffee shops in some of the numerous Westernised malls which have sprung up. They weren’t there on my previous visit, twenty years ago. 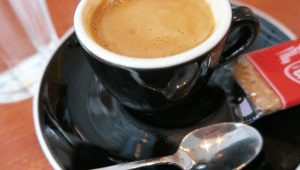 As a non-Chinese speaker I found the metro and bus system easily enough to negotiate (tips in the vid). There are also lots of docking ports from which you can hire bikes. 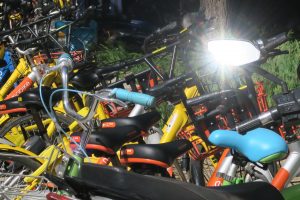 My visit ended with a weekend outside the city to a “secret” location to explore a wilder section of the Great Wall. 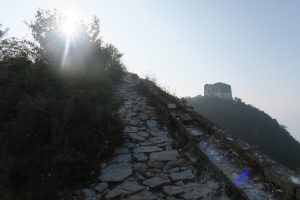 September is a good time to visit for relatively good air quality.  There was no sign of the infamous Beijing pollution.  Prices were similar to in Britain and the city felt safe.

Needless to say, I’d love to learn Chinese at some point. In the meantime, how did I cope as someone who doesn’t speak Chinese and how would you?

Check out the video for the answers, plus other practical tips.

If you enjoy the video, don’t forget to “like” it on YouTube and subscribe to the Howtogetfluent Channel and keep an eye open for other “Smash and Grabs” soon (Hong Kong, Bratislava, Reykjavík).

Have you been to China?  If so, how was it for you?  Do you have travel and language experiences to share in the comments below?

If you have more questions, let me know below and I’ll try to answer them.