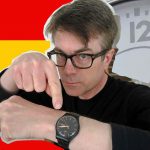 So, you want to learn Spanish fast? Follow the advice in this post and you can get yourself ready to use your Spanish in the sorts of basic everyday contexts that we all need or in highly specialised contexts that are personal to you. This post is addressed to you if you're a beginner, a false beginner or rusty. That said, much of what you'll read will also help … END_OF_DOCUMENT_TOKEN_TO_BE_REPLACED 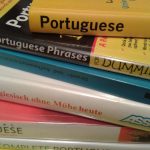 Should I learn Spanish or Portuguese? Well, I'm sometimes asked in surprise why I've chosen to learn Portuguese instead of its close - and more pushy - relative, Spanish.  After all, most people learn Spanish not Portuguese. Unlike Spanish, Portuguese is hardly ever taught as a foreign language in schools in English-speaking countries.  It's taken up only by only a small number … END_OF_DOCUMENT_TOKEN_TO_BE_REPLACED